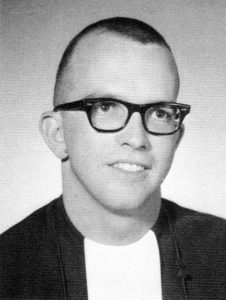 The Last Benjo was originally written and distributed by George Kopper, a Marist Brother and high school teacher from New York City. George taught English for eleven years at St. Agnes Boys High School before passing away suddenly in 2010 at the age of 68.

He previously taught at St. Agnes from 1975 to 1981 and from 1985 to 1990. He also taught at Mount St. Michael Academy in the Bronx from 1992 to 1994, at Marist Brothers’ schools in Chicago and Jackson, Mississippi, at the Marist Brothers International School in Kobe, Japan, and the Catholic Seminary in Tokyo.

George joined the Marist community in 1960 and professed final vows in 1966. He earned a bachelor’s degree at Marist College in Poughkeepsie and a master’s at DePaul University in Chicago.